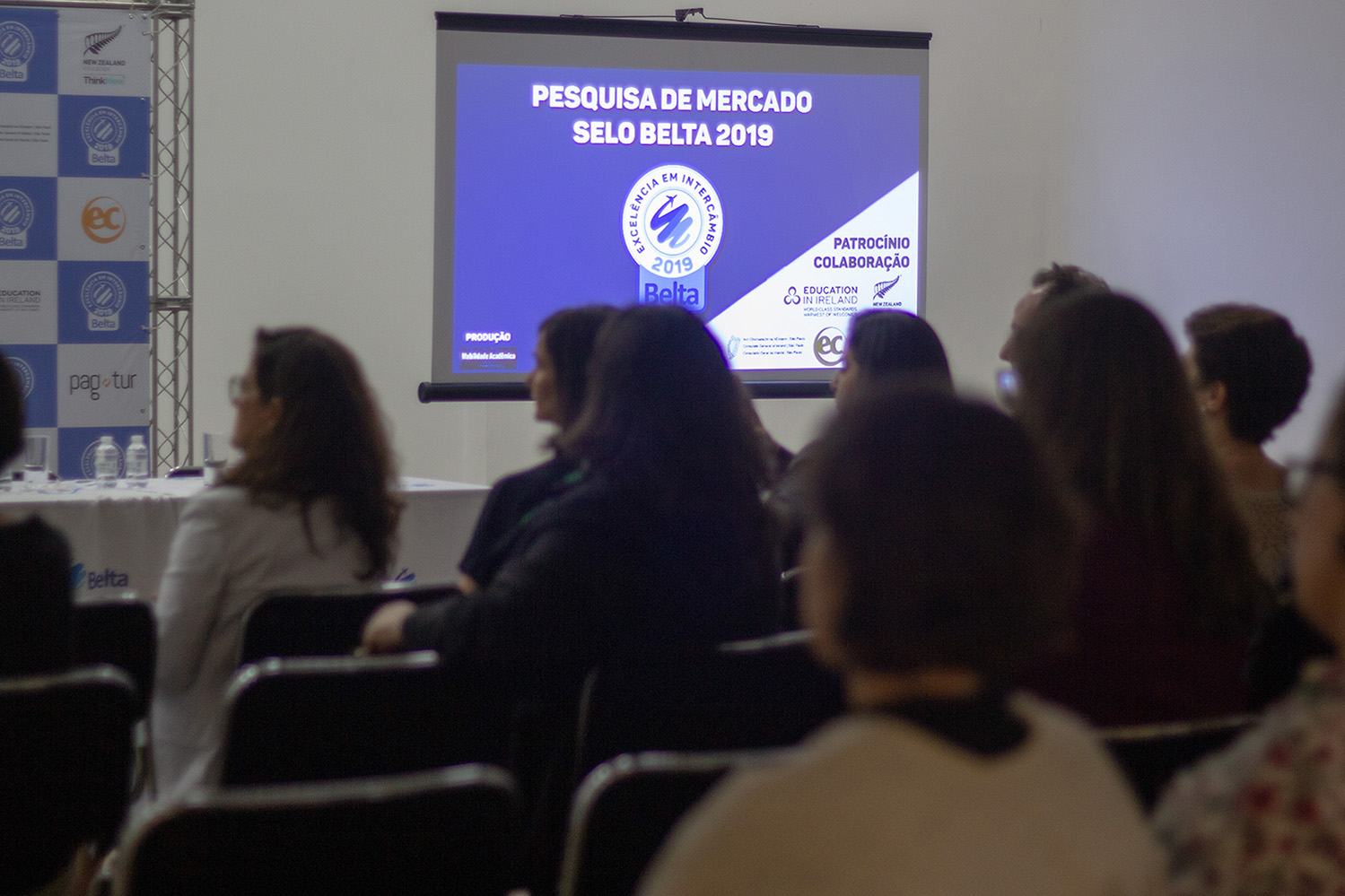 The non-profit Association with 27 years of existence, shows that the Brazilian is responding to researches and brings important data from the sector for the fourth consecutive year

The Brazilian market for international education grew 20.46% in 2018.  In numbers: we went from 302,000 to 365,000 students who went abroad. This occurred even in a year of economic crisis and political instability. These and other numbers were presented on the afternoon of yesterday, April 9, at the Consulate General of Ireland, in São Paulo. With the full auditorium and a 2-hour schedule, Maura Leão, President of Belta, and representative of Mobilidade Acadêmica presented the research.

The sector moved around US$1.2 Billion dollars last year and what drew the attention of the attendees was about the process to buy a program. Although most students started searching in the internet and having the first contact with the agency online, 67% of them completed the purchase in the physical agency and the rest bought through online tools. This represents that personal care is still what brings security to this student. Besides, of course, the agency owns the Belta Seal, that has a whole legal process to obtain and continue operating with the Seal, which is a security certificate for the student.

The most popular destinations are Canada, USA, UK, Ireland, Australia and Malta. “Malta appears for the first time among the six most sought-after destinations because it has implemented the policy of the exchange student to be able to study and work. It’s a win for the island, for us, and for everyone in the international education market” says Maura Leão, President of Belta. Canada has been leading the first position for 13 years.

The analysis also showed that language courses, primarily English language, are the most sought-after followed by language courses with temporary work and teen’s vacations program (July and January Period). The Undergraduate courses appear in fourth place and then comes the well-known High School. “One of the reasons we see this rise in undergraduate courses is the greater specialization of universities abroad in receiving Brazilians and the possibility of this student going as a sports exchange. Several institutions of foreign education value the sport, so we had a 20% increase in the number of young people going in this modality of exchange. In absolute numbers: 3,000 individuals went to study graduate with a partial and/or total scholarship due to the sport “, explains Maura Leão, President of the association.

The research separated respondents by gender and identified that 60% of the people traveling are women and that most travel alone. Another relevant fact is about the age group, people over 40 are making more exchanges, be they cultural, educational, to learn languages, and others. “By 2017 we had already

reached the mark of 30 million elderly people in Brazil. This number has only grown and it is also reflected in the international education industry. After all, this public has the tendency to be more financially stable and can make the dream trip with the exchange they always wanted to do.” said Maura.

Another relevant number to the growth of the sector came from respondent agencies: 73.3% said they had an increase in the commercialization of their products. And although most of them have negotiated exchanges for learning English, languages ​​like Spanish and French occupy the top positions in the ranking. “Young people have realized that enjoying countries close to ours is an excellent cost – benefit. Learning Spanish in Argentina, Chile, and / or Uruguay can yield unique experiences with the language and close to home. Which causes less anxiety in this student” concludes Maura Leão.

Among the aspects that lead the student to choose a destination are: Favorable exchange rate (First place), Being a English-speaking country (Second place), and the country has quality of life (Third place).

The Belta Seal Research 2019 is sponsored and supported by Education New Zealand, Education in Ireland, EC – English Language Centers, PagTur and the Consulate General of Ireland.